Thousands of Building Trades members came together after work on November 14th to speak out against Open Shop in NYC. Gary Labarbera, President of the Building Trades, lead proceedings and emphasized that we are stronger when we stick together. District Council Business Manager Bobby Bonanza and other Building Trades leaders also spoke of the importance of union solidarity and all repeated to the crowd that you can “Count Me In!”

In his speech, Business Manager Mike Prohaska told an important story about the power of solidarity: “In 1980 in a cold dreary shipyard in Poland, a young woman named Anna was fired 5 months before she retired for belonging to a union, because unions at that time were illegal in Poland. The workers in that shipyard laid their tools down and walked out in support of Anna. And the movement spread across the entire country. The entire country put their tools down. One month later, a union was formed called SOLIDARITY! It was the first independent union in the Warsaw Pact countries that wasn’t controlled by a communist government. In one year, it had over 10 million members and they took the country over. And it all started because the workers in the shipyard put their tools down for Anna.”

To watch a video of the rally, visit Local 79’s Facebook Page. 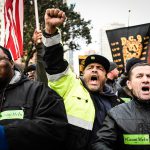 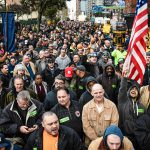 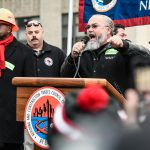 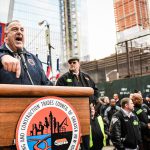 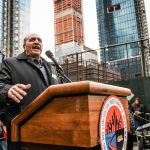 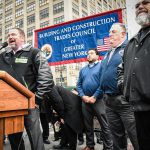 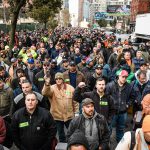