Hundreds of  members of Local 79 joined thousands of parade-goers at the Annual African American Day Parade on Sunday, September 21. The parade, which filled Adam Clayton Powell Boulevard from 110th Street to 137th Street, was a joyful, celebratory event, with a variety of marching bands from many states, labor unions, community groups, and public officials, including Mayor Bill de Blasio. Local 79 Business Manager Mike Prohaska joined other prominent figures such as Representative Charles Rangel and ex -Mayor David Dinkins as one of the parade’s Grand Marshals. “I was so happy to see so many of our proud members at this great event,” said Barrie Smith a business agent for Local 79 and one of the organizers of the parade. “The back of the t-shirt our members were wearing for the parade says it all: Diversity is the foundation of a strong union.” 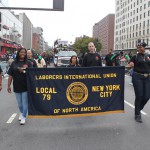 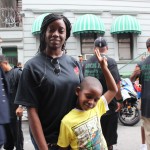 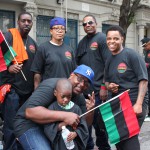 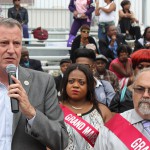 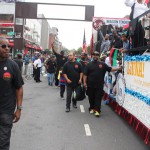 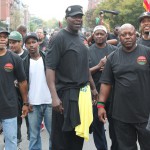 Big Ed and other Local 79 members 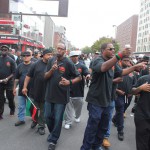 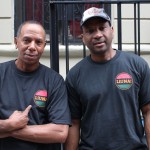 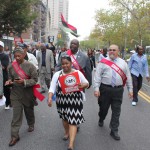 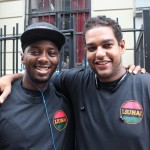 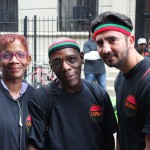 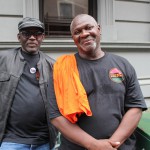 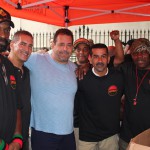 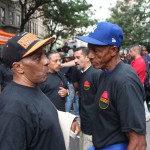 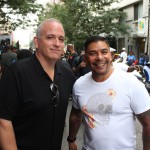 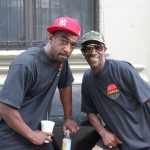 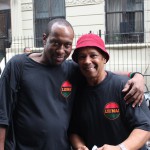 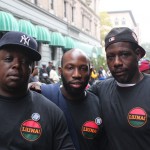 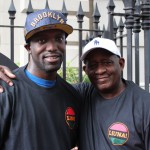 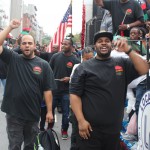 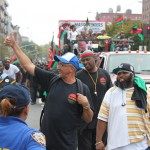 Local 79 member gives the thumbs up