At Local 79’s March 2nd general membership meeting, Local 79 member Felicia Mcintosh was honored as Local 79’s 2015 Woman of the Year. In his remarks, Business Manager Mike Prohaska noted that Ms. Mcintosh was given this award for a number of reasons, including the fact that she had never refused a job since 2000, had always attended union meetings, and had showed her support for the union by going to rallies and participating in numerous union events. All of us at Local 79 congratulate Ms. Mcintosh, who provides a fine example of a dedicated, hard-working, engaged member. .

Local 79’s latest class of apprentices, who just finished their training, attended the meeting on March 2nd. A few pictures of the new apprentices can be found below. 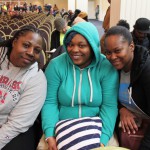 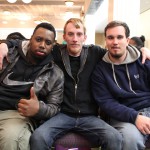 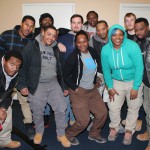